Here is the unvarnished truth about Mariette Lindstein from the people who know her best. These are the firsthand experiences of those who lived with and worked alongside her for nearly 25 years.

Lindstein writes sexually explicit gothic thrillers. To sell books, she makes the preposterous claim that her books were “inspired” by her former association with the Church of Scientology. In truth, her only reason for talking about a Church that she has not been part of since 2004 is obvious: She is doing it for publicity. Mariette Lindstein is a nobody, while Scientology is known worldwide, drawing interest from every part of the world.

So who is the real Mariette Lindstein? She was a volunteer staff member at the Church of Scientology. In January 2004, she was dismissed from her position for incompetence and immoral activities, but was graciously offered a second chance to remain with the Church if she reformed. She refused and was expelled.

Lindstein is a serial liar. From her earliest beginnings in the Church, she falsified and inflated her production records for practically every position she held. She continuously made up wild stories about her life, including one especially bald-faced lie involving a member of the Beatles.

Lindstein is an admitted kleptomaniac who quietly stole money from her coworkers’ purses over a period of years. She would repeatedly take small amounts to hide what she was doing. She also took personal belongings—shoes, clothes, jewelry, food, etc., and also “borrowed” money from other coworkers that she never repaid.

Lindstein also harbored hidden sexual obsessions. She cheated on each of her husbands, culminating in her final act in the Church in which she conspired with her secret lover, Dan Koon, to abandon their spouses and rendezvous outside of the Church.

Unable to make an honest living, she now peddles lies about the Church for money, exploiting her failed time in the Church in an effort to satisfy her insatiable desire for attention.

Losing Touch With Reality, Lying and Stealing As a Way of Life

Lying comes easily to Mariette Lindstein. She has compulsively lied about every aspect of her life.

Here are the provable lies she’s told about her personal life:

Stealing was also a way of life for Lindstein.

“I also constantly stole the property of others. I went into purses in bathrooms as well as stole money from the [location’s] canteen between
1984-1994.”—Mariette Lindstein

Mariette Lindstein would enter the canteen with $5. Magically, she would leave with $20. What was her secret? Theft.

She would also take coffee, cigarettes and snacks. In a two-year period, it was estimated she shoplifted $800 worth of items. In the laundry room, she stole panties from other women because no item was too small. She also helped herself to shampoo and milk from others or stole food from fellow staff members that was stored in refrigerators and cupboards.

Sometimes she would take 50 or more things in a single theft. There was ice cream, pens, razors, envelopes, chocolate bars, cups of noodles, hair conditioner, shoes, shirts, hairbrushes, drinks, makeup. She never wanted to honestly pay for anything.

When nobody was around she stole money out of others’ purses, so she could buy things like candy, a sweater, magazines, and books.

“I did these actions KNOWING they were suppressive. I knew they would harm,” she wrote when found out.

She also would steal from her former husband. As she put it, “I have constantly ripped off/cheated my husband concerning money.”

You and I worked together for some time and the thing I remember most about it is that during this time I began losing money from my purse and thought that I must have misplaced it, forgotten it or spent more than I believed that I in fact had. I did not place too much attention on these losses as the amounts were $5 to $10 at a time, but it was enough to cause me consternation as the incidents continued and it remained a mystery to me.

After you confessed I thought that you would pay me back or at least come and see me about it. Frankly if you had asked, I would probably have forgiven [you].

A Life of Sexual Obsession

Mariette Lindstein’s favorite pastime is sexually manipulating men. In fact, to her, it is like a sport.

Just as with her other derangements—violence and lying—Lindstein had an early start with perversions, writing S&M stories in her early teens, and indulging her fantasies.

While hitchhiking through Europe in her later teens, she set her sights on men driving expensive cars. Many fell for her ploy and took her to dinner, allured by her flirtation and the unspoken promise of sex. After ordering, and consuming, the most expensive dishes on the menu at fancy restaurants, Lindstein slipped out the backdoor, or window, on the pretext of using the ladies’ room. She repeated the scam dozens of times, fleecing men for hundreds of dollars’ worth of high-end gourmet meals.

She repeatedly made passes at men she fantasized about, preferring married men. She flirted with them, giving out her apartment address or hotel room number so they could join her after work—even leaving her door open. If her prey didn’t show up, Lindstein would act out her fantasies, exposing herself in bright light in the window of her apartment or on a rooftop. She once engaged in a sexual act with a complete stranger on a commercial airline flight.

She boasted of her attempts to seduce married men in her workplace while she was married herself. “I finally aimed for the [top executive] who was married and had several children. I also undermined his wife so that he would leave her and start a [relationship] with me.” Lindstein’s seduction resulted in the couple divorcing, shattering their family.

When Lindstein began her conquest of her current partner Dan Koon, it was far from the first time she wrecked a marriage. Calculatingly assessing Koon’s character, she was able to find his weaknesses and reel him in as she had done with so many other men. As Lindstein once put it, Koon was soon “like a fish flopping on a line.”

Mariette Lindstein neglected her son. As her former husband Billy Lindstein can attest, she only has her selfishness to blame for her failures as a mother.

I was the one making sure he [our son] was cared for, brought up properly and educated. He was trained as a professional photographer and a highly specialized SFX technician. Using his education, he is now pursuing a successful and well-paid career…

Lindstein’s bizarre behavior was not limited to sexual acts. She also was known for sudden violent outbursts aimed at family and friends. While today she describes herself as “an energetic little girl from a creative family,” her behavior at home was more like something out of The Shining.

In one incident, Lindstein chased her mother through the house wielding a belt and trying to hit her with it. Her mother locked herself in the bathroom. Overcome with rage, Lindstein repeatedly beat the door with the belt buckle, terrorizing her mother and cowing her into submission.

Lindstein’s bullying wrath included shouting at the top of her lungs, threatening people with violence and even resorting to it in some cases.

Lindstein admitted to several instances of physical abuse with one woman, “shaking her or pushing her against the wall. …I pushed her and she fell back into rose bushes and she got scared. ...I also turned [her] head violently and told her ‘stop looking at me’—‘stop looking at me’.”

With another woman, Lindstein half bragged, “I slapped her right in the face.”

About another incident she wrote: “I took [sic] my hands around her neck and pushed her into the wall physically.”

And with another she attacked, “It started with shaking her, then screaming about 1/2 inch close to her face…. Once I pushed her so that she fell over on the chair.”

In yet another psychotic episode, Lindstein was riding in the front seat of a car when she suddenly violently attacked the driver for getting stuck in traffic during rush hour. While the driver was trying to maneuver her way through a busy intersection, Lindstein started yelling at her, punching her with her phone.

In another incident Lindstein tried to induce sickness in a woman by serving her a cup of coffee spiked with detergent.

My violent encounter with Mariette

I am the woman you punched while I was driving you in a car through a busy intersection in Hollywood. Do you remember?

It was at the Hollywood and Highland intersection, and you had a psychotic break and started screaming and yelling at me and then punched me with your telephone, all while I was driving. I was stunned.

Lindstein’s biggest lie is her story about how she left the Church of Scientology. Far from being the great escape she claims in her media appearances, it is simply the story of two dishonest people—Dan Koon and Mariette Lindstein—leaving their spouses after carrying on an illicit affair. It’s a tale of sexual obsession that could have been pulled from the pages of Lindstein’s trashy novels.

The actual reason for Lindstein’s and Koon’s departure is that they were cheating on their spouses with each other for a year. At the time of their affair, Dan Koon was married to Sue, his wife of 26 years. Mariette Lindstein was married to her husband of 24 years, Billy (the father of her child). Both Koon and Lindstein were members of the Scientology religious order, which strictly prohibits extramarital affairs. Both knew they would be subjected to expulsion from the religion should their clandestine affair be discovered.

Knowing they faced expulsion from the Church if their affair was uncovered, they concocted a plan to keep their cheating a secret. They left Church staff separately so that their secret affair would not be obvious. Hoping to remain members of the religion as Scientology parishioners in good standing, they went to great lengths to lie and cover it up until they were ready to hatch their plan to leave their spouses.

On December 21, 2003, Dan Koon told his wife Sue he was going out to buy her Christmas gifts. It was a blatant lie. Koon instead walked out of their apartment, never telling his wife he was casting her aside for another woman. He was never to be seen again.

Mariette Lindstein’s secret plan to blow up her family was more elaborate. Some time after Koon’s departure, she requested a transfer to a different Church facility to participate in a program where she would purportedly try to rehabilitate herself for her ethical lapses. From that location, working with members of the religious order who did not know her or Koon, Lindstein bided her time until Dan Koon had all but been forgotten about. At that point, in April 2004, she left her family and Church without another word to her then husband. Lindstein immediately rendezvoused with Koon.

To interest anyone in her cheap drivel, Lindstein has had to capitalize on the growing interest worldwide that people have in the Church of Scientology.

While her current partner Dan Koon bragged on Facebook following a Lindstein talk at a smalltown library that “the audience was fascinated...,” another individual posted the truth that “they’re more fascinated by Scientologists” than by Lindstein.

Nobody is interested in a 500-page tome that “says nothing really in particular,” let alone a mediocre author with nothing to say. So Lindstein tries to exploit the interest people do have in Scientology to book her talks and, in a bait-and-switch scam, peddles her bad fiction to an unsuspecting public.

To sell this fraud, she misrepresents the world of Scientology to fit her delusions. Here are just a few examples: 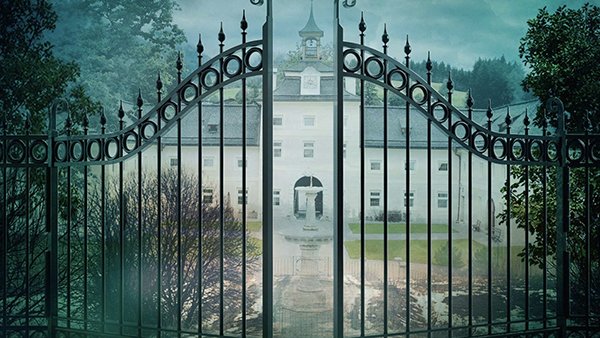